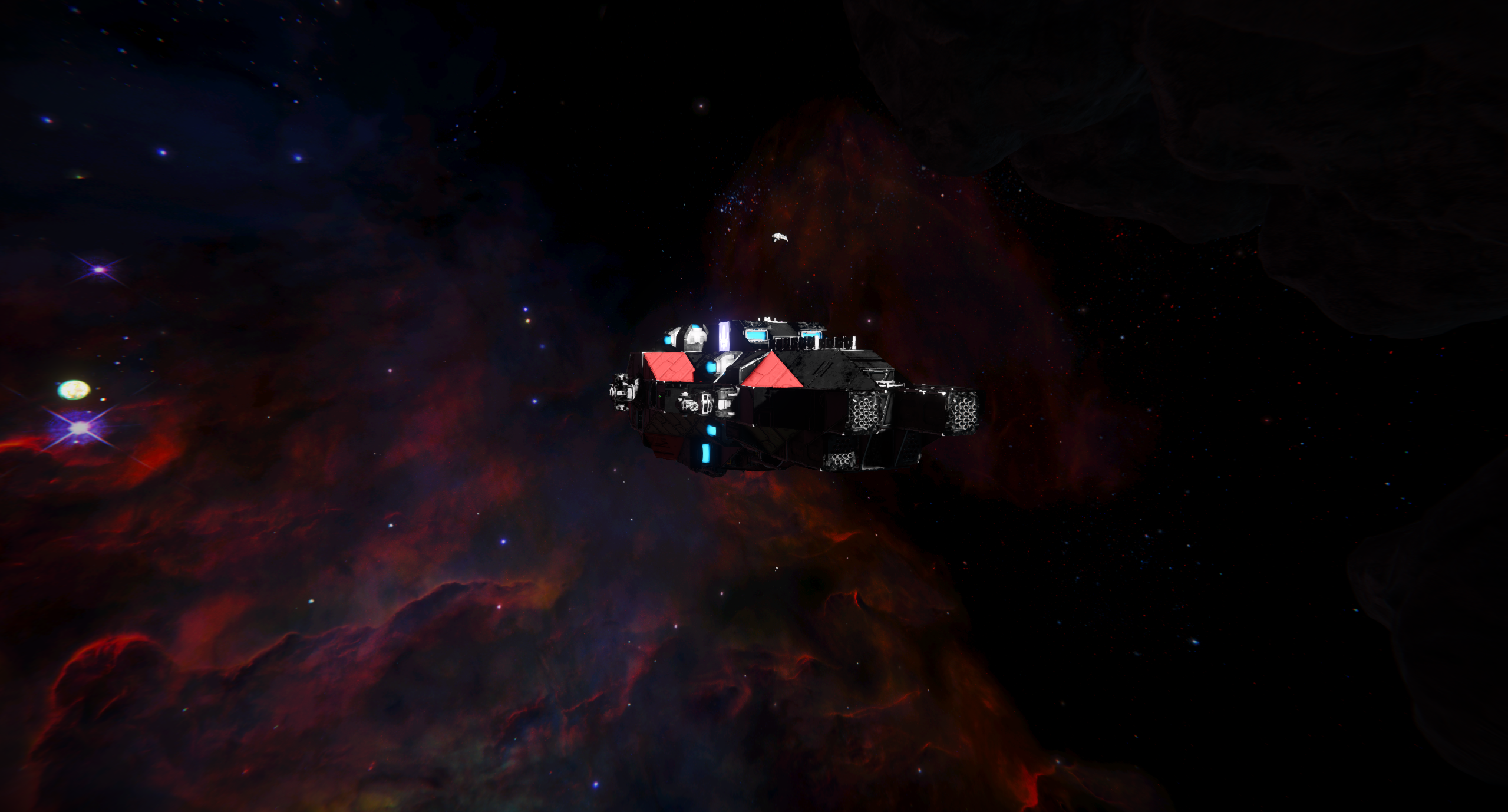 Right after the Dimidium Long Range Telescope discovered a new faction entering the Dimidium Star System, the FRH Military Services got the assignment to collect a lot of intelligence about this new possibly hostile entity. FRH Leadership decided that caution is needed since these factions from outside of the systems have proven to be very hostile in the past.

The Rocinante spotted an Explosives Shipment of Imber. Further investigation pointed out that the ship was civilian-like and didn’t have any military ships escorting the ship. This seems like a reckless action by this faction since transporting explosives is a high-risk endeavor. Detailed images of the ship can’t be shared at this moment because they are classified and further information needs to be gathered and verified in order to support these findings.

After the Imber Explosives Shipment was identified Imber broadcasted a warning regarding entering certain zones that were unilaterally claimed by Imber. Imber claimed two zones in approximately 30 minutes. After Imber claimed the second zone the signal of the first zone disappeared from the HUD. Both zones were around 6km from the Rocinante.

The following can be concluded from this intelligence:

The explosions that have been recorded by other factions seem to be a standardized way of working by the Imber faction, given the fact that they use designated Explosives Shipments in order to supply explosives in different areas. Furthermore, they claim parts of space as off-limits for Imber-related activities, which could lead to hostilities. This gives quite some insight into the hostile nature of this faction.

The FRH Rocinante didn’t engage in combat, since that wasn’t the objective of the mission. FRH will remain on high alert for now but might get involved more directly if the situation changes.

No comments to show.
© 2022 Dimidium Roleplay. Created for free using WordPress and Colibri
We use cookies on our website to give you the most relevant experience by remembering your preferences and repeat visits. By clicking “Accept All”, you consent to the use of ALL the cookies. However, you may visit "Cookie Settings" to provide a controlled consent.
Cookie SettingsAccept All
Manage consent