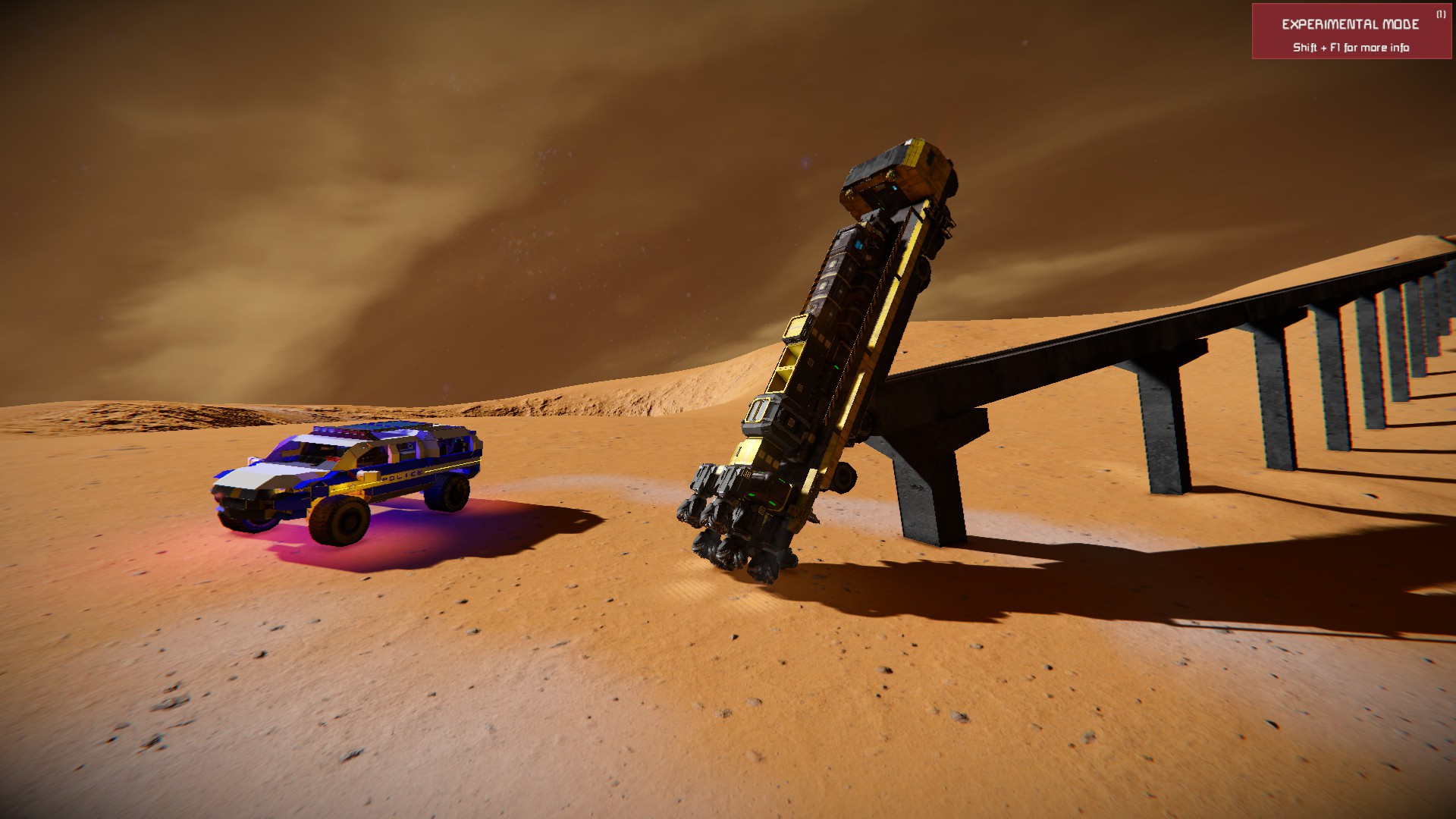 MEC Emergency Services responded to the site as soon as they received a distress call launched by a nearby logistics specialist. The driver himself did not manage to call for help after the accident by himself. The official MEC Police report states that the officer, who was the first of the emergency services to arrive on scene, found the driver to be in a psychotic, agitated and anxious state. He was brought to medical attention by a vehicle of the newly founded Technical Emergency Assistance (TEA), a civilian emergency service specialized on technical assistance and desaster control. So far no alcohol or other substances could be found in the blood test, says the speaker of the local medical station of the MEC Industrial Complex. However, examinations are ongoing. The driver’s life is fortunately not at acute risk, he is being treated with supportive measures. The TEA managed to secure the construction train until it was relocated to the Industrial Complex for further investigations, damage assessment and re-railment.

This was the first time the track construction train derailed irreversibly, however the timing could have not been more unlucky. The derailment happened about 300 to 400 meters away from the planned location of the final destination and end of the track, where the Main Station of Profectio Nova is supposed to be built. But for now the construction is being put on hold until the investigations have been completed.

According to the Ministry for Civilian Development, the track construction will be carried on with as soon as a technical issue as a cause could be excluded. This might not take too long fortunately. Martian inhabitants are looking forward to finally having an alternative to flying, as the no fly zone above Profectio Nova might come into effect in the near future as the Air and Space Port is being completed and opened for regular traffic business soon. Let’s hope this idea does not get destroyed by a technical or safety problem.