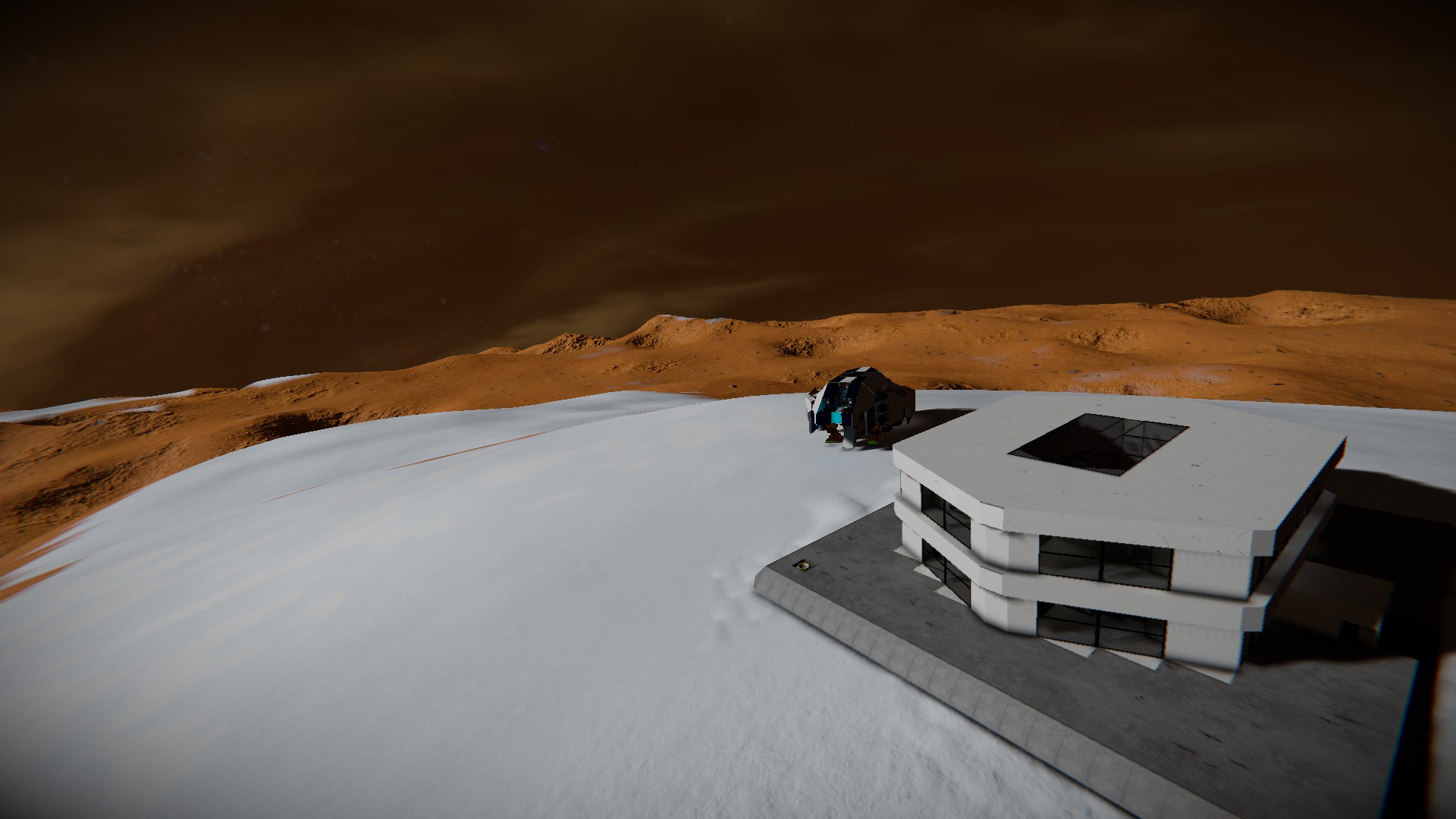 2022-09-02
After several weeks of busy mining, hauling and building whilst there was little to be heard of the Martian Endeavor Coalition, the construction of The Hexagon was finally completed. This will be the place where the official government will take up its work very soon now. This is the statement given by the Interim Government, which is still in charge up until then:

“We are more than proud to announce the completion of our new government’s headquarters’, construction. It has taken some time and some effort to implement the concept and to make it happen, also because the recent Ork attacks have kept us a bit busy, but they couldn’t keep us cornered or immobilized as can be seen by this. Now our Square Table has its own chamber, our future ministries have their own offices and our coalition has a place where it can be watched how we work together like a family, a family which now has a home on its home planet.”

“The building is public, although there will be restricted access in several areas, yet the place is open to everyone neutral or allied to us. But in the light of the current Ork situation we will naturally do what we can to keep it safe from threats of any kind whilst keeping non military institutions as civilian as possible. This will include a no fly zone around it which will be announced later on. The MEC Interim Government will lay down its work on 2022-09-09 when the new official government will take over. In the future you will meet the following representatives and Square Table Members with the following responsibilities: Mr. Joe A. Frearson – Head of Ministry of Resources and Production, also Chief General of MESF Department 1, Mr. Astrator – Head of Ministries of Financial Matters, Research and Development, Education and also Chief General of MESF Department 2 and also Dr. Langsame Schildkrot as Head of Ministries of Diplomatic Relations and Trade and Civilian Development. They are all looking forward to bring this Coaltion further towards a bright future and to protect this tireless endeavor from any harm so it may thrive. We look forward to various cooperative projects and negotiations.

Besides that statement the MEC Interim Government released several official images of The Hexagon which can be seen in this article. They certainly convey a pleasant atmosphere, a scent of sincerity and definitely a shining jewel of legislation and justice within the system. So it might be worth a visit once the new government inaugurated. Mars shall grow strong and prosperous. This marks another step towards that direction.