We, the MEC Interim Government, currently run by the founding members Joe Frearson and Langsame Schildkrot, hereby report that on Tuesday, 2022-06-28, the FRH Hephaistos Station had been attacked by Orks twice. The Martian Endeavour Coalition’s Strike Force, MESF, had been alarmed twice yesterday evening to respond to an attack in FRH territory. For further details we would like to publish the official combat report issued by Captain Fiddlestick Camouflage, commanding officer of the MEC.MESF Deimos:

On 20220628 at 23:07:48 MESF Command received a tight beam transmission from FRH, calling for assistance in defence against an attacking ORKS.Shootaboat vessel.
MEC.MESF Deimos responded leaving its idling location at 23:08:21, jumping towards GPS -CLASSIFIED-.
At the destination visual on both the station and the ORKS.Shootaboat could be established immediately, both already being engaged in a heavy firefight. Deimos engaged and opened fire directly after arrival. The ORKS.Shootaboat seemed to be taking heavy fire from Hephaistos Station’s defensive measures, changing course to flee. Deimos went into pursuit immediately, managing to catch up into weapons range, using all available projectile weapons. The ORKS.Shootaboat had been disarmed but still didn’t stop conducting aggressive maneuvers such as sudden linear and rotational accellerations, causing Deimos to fire 4 torpedoes towards it, heavily reducing the Shootaboat’s integrity.
At 23:12:51 the Ork Ship was declared incapacitated and safe to approach, however quickly floating away in pieces due to the heavy torpedo detonations. MEC.MESF Deimos jumped back to MEC Shipyard for repairs, having lost response by 2 thrusters and missing 6 armor blocks.

At 23:56:08 MESF Command was alarmed once again and issued another Quick Reaction Alert to MEC.MESF Deimos, which had been repaired but not yet stocked back up on ammunitions. However the remaining stocks were considered sufficient again, causing the Deimos to jump to the same location at 23:57:22.
At the destination visual could once again be established quickly, another ORKS.Shootaboat was in a firefight with FRH Hephaistos Station, taking heavy damage from FRH defensive measures again. A pair of torpedoes had been fired upon the Shootaboat right away, however missing the target as the Orks seemed to have seen the incoming flyers, suddenly conducting fast and very high g evasive maneuvers.
Deimos went into CQB, unloading approximately 80 boxes of gatling ammo into the enemy. The Shootaboat also changed course to flee again, but apparently went into an uncontrollable spin whilst still firing shells at Hephaistos occasionally, causing the Deimos to fire another torpedo, hitting its target and severely disrupting Shootaboat’s integrity, followed by another salvo of the CQB weapon, causing it to split into three major parts floating away at high velocity as well, due to detonation and initial rotational speeds.
Only 74 seconds after the incapacitation of the Shootaboat, a radio call by the Orks could be heard, followed by another signal appearing on the radar, reading ORKS.BlastaBarge. As Deimos was out of ammo, docking at Hephaistos was granted in a friendly manner by FRH, for resupplying all projectile ammunition types. Deimos was able to undock before the arrival of the BlastaBarge, which opened fire at both Hephaistos and Deimos whilst closing in. BlastaBarge appeared to have concentrated broadside firepower, maneuvering its way for maximum damage output onto Hephaistos Station’s docking area. Deimos targeted its weapon systems with highest priority whilst still having to evade turret fire itself. Several FRH ships in the docks were heavily damaged or completely destroyed. Deimos went into CQB once again, with the help of FRH defence systems causing the BlastaBarge to flee from the site as well, taking a long time to disable all weapons. Once the BlastaBarge came to a standstill, it had lost all navigational systems and life support, very likely leaving no crew on board alive. The wreck was considered not worth salvaging and accellerated into a trajectory towards the sun.
No casualties were reported by FRH. An MESF trainee went for the wreck whilst it was accellerated towards the sun, seeming to activate an anti-boarding-protocol, causing the ship to get into a brutal spin, hitting and fatally wounding the trainee. The trainee definitely did not abide orders to stay aboard, but went in in sight of her promotion.
During the engagement MEC.MESF Deimos had taken damage to 17 armor blocks and 3 thrusters, used -CLASSIFIED- boxes of gatling ammo, -CLASSIFIED- artillery shells and -CLASSIFIED-.

We regret the loss of the MESF trainee and of the FRH ships that were docked at the station, deemed safe from engagements but getting hit by vicious broadside fire from a BlastaBarge.
This is a warning, yet also a good message for everyone: Ork attacks should be taken seriously. They are dangerous but can be dealt with if we stand up against their tyranny and work together. We are more than happy that this defensive operation of FRH Hephaistos could be ended in our favor and wish FRH all the best with rebuilding their fleet. We will release the following ship scope footage from the Deimos to show the following to the Orks: If you attack our kind, if you mess with bases and ships that are beyond your technology, and mostly if you mess with our martian family, it will be the last thing you are going to do. Look at what happens to your kind if you get too brave for your own good. And think twice if you want to be next before engaging any of our structures. 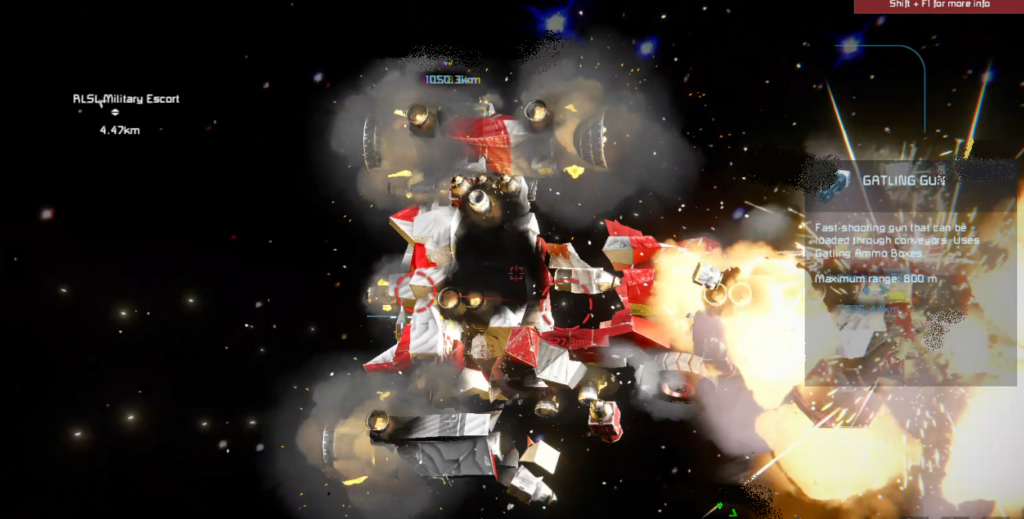 This shows that our recent investments into our military branch have had an effect. And we are proud that our companies (Astrator’s Defence and Security Inc.- ADS; Prometheus Martian Smart Technologies Inc. – PMST) were able to come back into business and create state-of-the-art martian high tech warships for our defence again. We shall not underestimate our enemies again. And we will fight together with everyone who is also willing to evict these beasts out of Dimidium.

Thank you and stay safe.