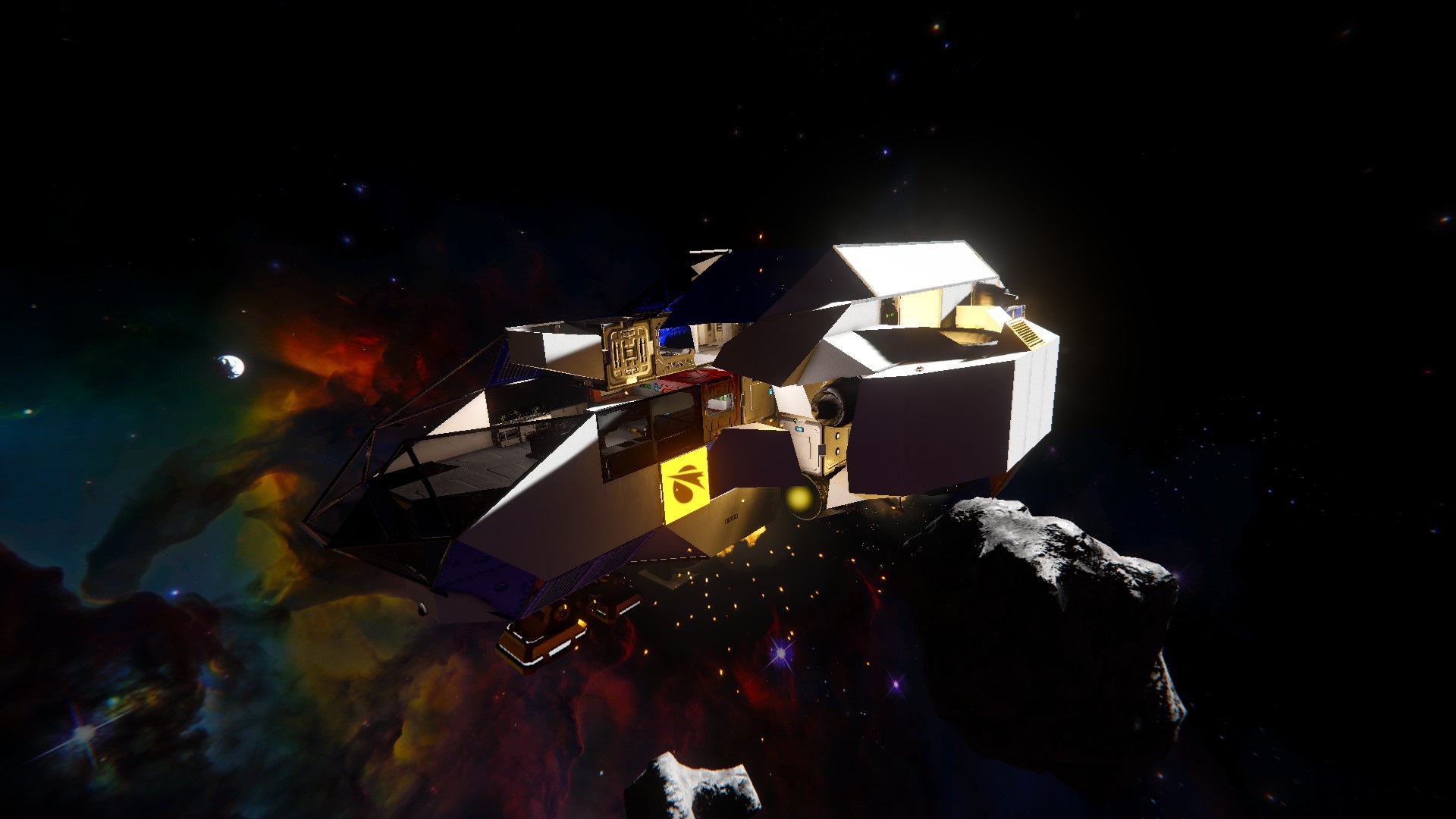 Dimidium is under attack.

This is an article officially released by the MEC interim government.

On 2022-06-19 we followed an invitation of FRH to come to visit Hephaestos Station, the capital of FRH.
We sent a representative who travelled there in the MEC.Peregrine diplomatic vessel, but unfortunately there should be no possibility to actually meet and get to know FRH. Very shortly after the arrival of the diplomat an ork ship with the confirmed callsign ORKS.Shootaboat showed up on the radar, approached at very high speeds and engaged the FRH capital base. According to the status transmission we received from the Peregrine the pilot was still involved in the docking procedures at Hephaestos shortly before the ship system recognized a rapid decrease of the cabin pressure. Shortly after that the first life support units and power systems stopped responding. Only 105 seconds later the loss of the ship’s main control seat was recognized as well, causing the pilot, who apparently survived the incapacitation of said seat, to desperately try accessing the ship remote control through the basic couch control panel. Several short burns were registered, but only 5 seconds later the ship’s two large hydrogen tanks signalled a rapid volume loss, indicating that the tank hull had been critically punctured. Almost at the same time, it was registered that the remote control stopped working as well. The pilot’s suit charging connection to the couch was disconnected 2 seconds after that. The ship velocity seemed to remain constant for 7 seconds before contact was lost completely.

Our intelligence officer correlated the records of the radio communications with the data from the ship status transmissions, coming to the conclusion that also a second ork ship seemed to have appeared at the site. Radio calls seemed to describe the callsign ORKS.BlastaBarge. Shortly before the Peregrine’s hydrogen tanks were punctured, the pilot seemed to have activated his helmet cam, transmitting the following image.

Shortly after the transmission of this image, the pilot transmitted a radio call starting with “Oh shit, these monsters won’t stop shooting, I’ll try hiding in that as…” followed by the sound of a blast, bursting glass and followed by silence. We strongly believe the pilot was seized by the blast of the ship’s hydrogen tanks detonating and most likely hit by debris, fatally wounding him.

Any recorded FRH radio calls were barely understandable due to immense background noises of firing defence installations that could not possibly be filtered without leaving the messages uncomprehendable. Although from the understandable parts it seems very clear that FRH had launched a defensive vessel in order to intercept the attacking orks, giving us high credibility evidence that FRH were indeed fighting against and not alongside the orks.

We greatly regret the loss of our pilot and the outcome of the diplomacy attempt. We also express our condolences to all friends and families of the victims of that attack, both MEC and FRH sided, and we wish FRH all the best for a quick reconstruction of their infrastructure. We will heavily invest in military vessels to ensure the security of our ships and logistics, granting us the ability to re-attempt a diplomatic visit soon, but with the proper precautions this time. It seems we have underestimated the threat these orks pose to us. But that will not happen again.